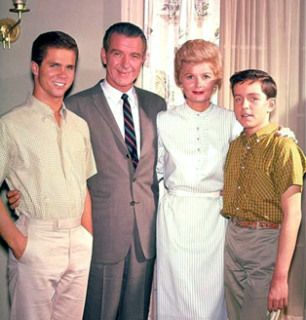 +JMJ+
I found out recently that there is, among conservative Catholics, an idea common with conservative Orthodox folks: that a person must decide between “marriage or monasticism”. I wrestled with that a lot in the Orthodox church, because I know I’m not called to marriage. Even my dearly loved Spiritual Father, Fr V, tried to fix me up on a date… it was literally 10 years before I realized it was a date… when I got the “well you never called” comment. And I was like, “What? I was supposed to call?”

Then I tried a monastery. I did pick the wrong one… and that may still be my vocation… but when I heard that Catholics, too, had this idea among their more conservative folks, I had to think about it again. What if they are both right?

We have this post-war fixation on “the Nukuler Family”. This idea is far more deadly than the atomic bomb! It’s American Autonomy done up in  Sit-Com Costumes. Prior to this time, you family was not just Mom and Dad, Buddy and Sis. It was generations, and kids, and cousins, and hangers on. Your family was large enough to handle marriages and singletons. It was a lot of love for protection and support. But if Mom and Dad have to raise their kids far from the in-laws, and the kids have to grow up and move further away… as a cultural idea than, of course, single people get left out of the package.

To the Church’s credit, a monastery is a great place to find community when you don’t have it in your family. But it’s not because everyone is called to “Marriage or Monastery”. Rather, it becomes a stop-gap because we have an unhealthy idea of what “family” is supposed to be.

Yes, I realize that there are hundreds of thousands or even millions of people in my generation (and younger) that would rather chop off their right arms, and their left ones, than live in the same small town they were born in. But that’s only because we taught them not to. We taught them erroneous – even heretical – ideas of self sufficiency and autonomy. We taught them that it was a failure to stay with their parents (even if they had jobs). And we taught parents that their successful children had to move out. WTF for? If Mom and Dad are both working, and the kids too, buy a bigger house, and expand! Get more land, build more rooms, glom on to the tract house ranch in the adjoining lot(s) and take over the whole cul de sac!

We have this sick idea that when I hit 18, I’m not only not supposed to live with my parents any more, but I’m not supposed to pay them back for 18 years of support… until they are old and decrepit and need someone to take care of them. Shouldn’t they get the reward of befriending their adult children? Shouldn’t we all get a chance to care for each other now? Nearly every social service, every welfare program, every “safety net” is predicated on supporting folks in their autonomy rather than keeping them in family networks.

If I go to a monastery, shouldn’t I be able to do so knowing the rest of the family is there to take care of each other? And if I decide not to go to such a place, should I not have the joy of a house filled with loved ones and kids, and life? Until 20th Century America, the idea of running away to “strike out on your own” was just not a thing. Why did we let it take over in the Church?

What can we do to repair this? No, I don’t think you should tell all the singles in your parish (regardless of age) to move back in with their folks. But can we create communities that hold and harbor them? I don’t just mean at Pizza Night either. I mean in homes, in large networks of familial form and even content. Can we create intentional, multi-generational communities of love including married and single folks looking ever Christward in their service, prayer, and mutual support?

“Marriage or Monastery?” is not the correct question. Rather we should ask “Where is your community?” Which is your family of choice – this large, boundless, familiar tie that weaves through your life, or this boundless brotherhood (or sisterhood) that you would graft on to in the name of Christ? Either way it’s an icon of Christ in his Church. The only failed icon is the Cleavers…