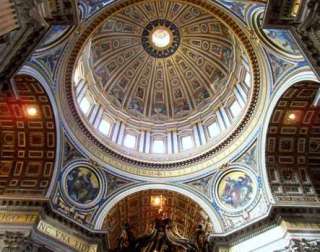 Catch me now while I’m still in the crazy, honeymoon phase, but I think of 2002, when I was leaving ECUSA and didn’t want to go RC, because they were just on the edge of chaos, or so I felt. 15 years later I could see that American Orthodoxy and American Catholicism were not that far apart…

But I lament something else.

I hear folks at Church who have known each other since Catholic Kindergarten and I lament not having been raised there. Even in the Archdiocese of SF, one of the largest in the world, folks you can’t talk to someone very long without finding out they went to school  just over there with everyone else. And as welcoming as literally everyone everywhere is to converts (unlike Orthodoxy, to be honest) it’s hard to still feel on the outside sometimes: to not know the lingo, to not have experienced the history (even if one knows it).

This is not a case of “I wish I had been raised in SF…” for this is true everywhere. I’m reading a book on the history of the Courage apostolate in 1980 in the Archdiocese of NY. You can tell the same thing was going on there. I’ve known Catholics from New Jersey and western NY express the same thing. I hear the same things about Denver as I’m listening to the Catholic Stuff podcast.

It’s a gigantic church – world wide is the meaning of Catholic – but locally it’s always very intimate. It’s a village, here, right now. And I’m fully integrated into it. But I lament not having been so since childhood. I feel like I missed something. Methodists are not like this. Nor are Episcopalians. I think the Greek Orthodox are like this, but I don’t know. And maybe the Arab Orthodox? But it also seems like those communities have “the old country” roots on their minds. The Catholic Church is here and now… here it is a village.  Here, now, there are roots.  Here, now it’s Catholic.  People move from Catholic Australia to Catholic San Francisco and plug in: same memories, different places.

I realized a while ago that there’s a reason for spaghetti dinner on Sunday: you can set the sauce to cook in the oven, on by the fire, or in a crock pot without breaking the pre communion fast. Grandma or Momma can set everything up and walk away… come back after Mass, a feast is ready for the family after boiling the water.  I can imagine that there are other such food traditions that make so much sense in the light of piety… cioppino, fish fries, pretzels… monastic beer… I was raised in a culture devoid of active piety.

And I’m thankful to be here now… but envious of not having had it before. I know there are things like this in Orthodoxy, but I never lamented their loss or my missing them. Nearly everyone I knew was randomly cobbling together something new from old things. Here… I have a spiffy new suit, yes, but everyone else has well warn, comfortable garments. They are not threadbare, they are equally spiffy. But they don’t look new or out of place.

Catch me now in my honeymoon phase. I may later complain about isolation and religious neophobia. But right now, I just wish I had gone to Catholic School.