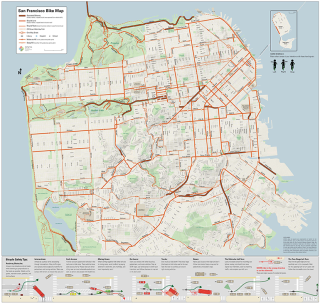 When I moved here in 1997, I was told that I would have to have been here for 6 months before anyone would believe I was staying. Until I hit six months, even with a job, I was just a tourist. In no time at all, it was evident that there were a lot of tourists here. It had not been 10 years since the Loma Prieta earthquake had scared the world during the World Series. After that tremblor, all the Bay Area ingenues pulled up stakes and hied hence to other coasts where plate tectonics are more constipated making room here for my new generation of not quite hippies and cultural creatives. Once, working at a bookstore, I met the rarest of gems: a native. Larry worked parttime at Borders and full time for the City. Born and raised in this 49 square miles woven of urban posh, temperate clime, natural beauty, and sex he was always game to admit he was the last native. No, everyone else is gone. It’s a line I’ve heard several times now.

Then when I began working in higher ed and tech support, I was again surrounded by out-of-towners and transients. The California Institute of Integral Studies is a classic SF institution: catering as it does to upper-middle-class folks from everywhere but here. Then I moved into working in the Tech community, and if there is anywhere not-from-here it’s Tech. Yes, the industry was practically invented here on an afternoon commuter train over cocktails with a banker, but the workers are from somewhere else. Orthodoxy was no change: the cradle-born are mostly (not all but mostly…) from elsewhere. The converts are – like me – transients who may have found a home, but we keep moving. We are a city of immigrants, transients, and rootless cosmopolitans. And, apart from Larry, all the natives are gone.

Then I joined the Catholic Church. It feels as though all the clergy in this archdiocese were introduced to each other in pre-school. The social structure of this Archdiocese is, across all ethnic lines, local and native. Yes, there are some folks from elsewhere. We would not be a living city if that were not the case. Some even work in tech or higher ed, but did I mention Larry is Catholic? Generations of families buried in the cemeteries of Colma. Decades – if not centuries – of history in family names that link back to the first folks on boats watching shores warily.

At the consecration of Bishop Robert last year, we sang “The Holy City” as a communion hymn. It may seem an odd choice, true, but have you ever watched the movie San Francisco? At a crucial point, in a Catholic Church a beautiful and young… mmmmmm. Wait, don’t tell me… *checks notes*

It was never clear until that day in a Cathedral filled with folks from here, but while the rest of the world may think of this city as the Capitol City of Neo-Liberal and Capitalist Hedonism, the reality is this is a holy city in our self-conception. The city is filled with Holy Ground. Saints have walked here from “both lungs” of the Church: St Tikhon the Patriarch of Moscow and St Peter the Martyr of Alaska, St John of San Francisco and St Raphael of Brooklyn, St Sebastian and Fr Seraphim Rose in “The East”; St Junipero Serra, St Theresa of Calcutta, Ven Fulton Sheen, Pope St John Paul II, Dorothy Day, and others in “The West”. This is a city of Saints worthy of the name. The natives know this very well. This self-image is parodied in a New Age dream of some secret Atlantis calling all the crystal folks back to the sea, the foundations of several occult movements, the People’s Temple, and one of the wealthiest lodges in the State, but where there is much that is holy, the other side will shout all the louder.

That other side has deeper roots than just the 60s as well: yes our city was built by Missionaries, but the Gold Rush made it rowdy, the Railroad made it racy, the Silver Boom built mansions and ballrooms. 1906 tore it all down and we built up even better: a pre-Disney Land of the American Dream for the Panama–Pacific Exhibition in the Marina and the World’s Fair on Treasure Island. The Beatnicks, the Hippies, and then the sexual revolution, and the fiscal booms of Banking, Real Estate, and Tech. It’s one long chain of that energy. It’s not all evil, no. But it’s rowdy and it’s the other side. it’s an economic engine that drives both Jerusalem and the Barbary Coast.

Like all Cities, not everyone who is rooted here was born here, but everyone who is rooted here can’t seem to get away: God knows I’ve tried several times. But something here keeps calling me home, deeper and deeper.  In someplace there must one day be an icon of the Synaxis of the Saints of San Francisco. It will show this holy slice of the Kingdom, the Eucharist, a bread made from the grain on many hillsides into one loaf, the Body of God, this is home.