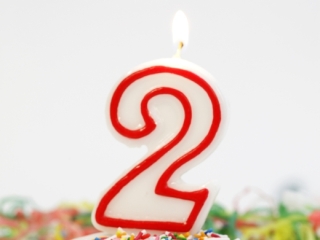 Two years ago today, with the helpful n of my fraternity Brother Joe on my shoulder, Fr Michael officially welcomed me into communion with the Roman Catholic Church. By her own teaching, I’ve been Catholic since 2002 when Fr Victor gave me the sacrament of Chrismation, but I was “not in full communion”. While there are vagueries of theology that may not interest the non-Christian, and while there are similarities in politics that may not let the outsider see any difference at all, yet perhaps to other sheep, all sheep do not look alike.

I still can’t put my finger on it.

I’ve made so many friends, found so many locals, both in the spiritual and the physical way. In my rooted, Benedictine desire to be a San Franciscan, I’m not alone. To be clear, I’ve discovered that Stability and Spiritual growth are somehow connected. My peripatetic past notwithstanding, it seems important to be here now, to be Catholic in the Local, to incarnate in the scandal of particularity the universal truth of the faith.

What I mean is I think I spent 50 years running hither and thither as an Orthoneo-Episcopagan Hedonist just to finally land as a rooted lay monastic in San Francisco. Somehow it’s all connected: location, vocation, and salvation. If I ever go looking for my heart’s desire again, I won’t look any further than my own back yard. Because if it isn’t there I never really lost it to begin with.