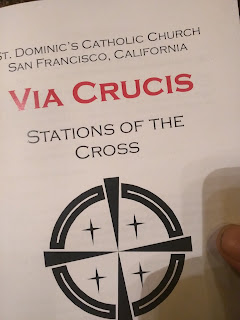 The Readings for Friday in the 5th week of Easter (C1)

I call you friends…

This gets sentimentalized sometimes. Sometimes overly so. I remember when Jesus calling us (me) his friends used to cause me to wax poetical about Plato, David and Jonathan, and about someone important in my life. When I was at the Monastery, I tried to find some core in here that I could hold on to, to stay centered but that failed. The meat of this passage is not that God calls us friends… Because God calls Israel his beloved wife. Friends seems a bit reserved, to be honest. And later God will call the church his Bride as well. But here, we are all just friends.

So what’s going on?

It’s a couple of verses before. Greater love hath no man than this, as the KJV puts it, that a man lay down his life for his friends. And I have called you friends. So yes, that means that I will lay my life down for you… But he also expects us to lay our lives down for him and for each other.

We are are the friends of God, not in a Platonic sense, not in a creepy, pseudo-sexual, S.E. Hinton kind of way, not even in a David and Jonathan sense, but in the foxhole death on a grenade to save your buddies kind of way. In a today-is-a-good-day-to-die way.

In friendship…we think we have chosen our peers. In reality a few years’ difference in the dates of our births, a few more miles between certain houses, the choice of one university instead of another…the accident of a topic being raised or not raised at a first meeting–any of these chances might have kept us apart. But, for a Christian, there are, strictly speaking no chances. A secret master of ceremonies has been at work. Christ, who said to the disciples, “Ye have not chosen me, but I have chosen you,” can truly say to every group of Christian friends, “Ye have not chosen one another but I have chosen you for one another.” The friendship is not a reward for our discriminating and good taste in finding one another out. It is the instrument by which God reveals to each of us the beauties of others. – CS Lewis, The Four Loves

Our friends were picked for us: we know the difference between friends and acquaintances, between coworkers (with whom we may all be close in one degree or another) and honest to goodness friends.

Jesus is such a friend: who has taken (literally) death for us who demands death from us for him and for each other. Jesus is not the bad boy your parents don’t want you to hang out with: Jesus is the boy that says, “Let’s all enlist. Someone’s got to do something about this.”

Jesus is that one friend whose opinion matters more than anyone in the whole world. When I am engaged in hypocrisy, it is the opinion of other Christians that most matters to me. And yet, “in the world” those folks might matter least. I didn’t manipulate the universe to get these friends. These are not “the popular kids” in school. Jesus is always talking to the wrong sort of folks.

In a perfect Friendship this Appreciative love is, I think, often so great and so firmly based that each member of the circle feels, in his secret heart, humbled before the rest. Sometimes he wonders what he is doing there among his betters. He is lucky beyond desert to be in such company. Especially when the whole group is together; each bringing out all that is best, wisest, or funniest in all the others. Those are the golden sessions; when four or five of us after a hard day’s walk have come to our inn; when our slippers are on, our feet spread out toward the blaze and our drinks are at our elbows; when the whole world, and something beyond the world, opens itself to our minds as we talk; and no one has any claim on or any responsibility for another, but all are freemen and equals as if we had first met an hour ago, while at the same time an Affection mellowed by the years enfolds us. Life — natural life — has no better gift to give. Who could have deserved it. Ibid

Jesus calls us friends and then, a few years later, St Paul uses this divine, mutually-assured divinization as the model for a real Christian Marriage, too, and that marriage becomes the icon of the love of Christ for his Church. It is this Church, this circle not of cithara strumming band mates and worship leaders but rather of platoonmates, a Band of Brothers, who will screw each other’s courage to the sticking place, cheer each other on in the games of the arena – gladiators, lions, crucifixions, bonfires, street lights… this great cloud of fellow witnesses (martyrs) cheers us on to death: COME ON!

Alone among unsympathetic companions, I hold certain views and standards timidly, half ashamed to avow them and half doubtful if they can after all be right. Put me back among my Friends and in half an hour – in ten minutes – these same views and standards become once more indisputable. The opinion of this little circle, while I am in it, outweighs that of a thousand outsiders: as Friendship strengthens, it will do this even when my Friends are far away. For we all wish to be judged by our peers, by the men “after our own heart.” Only they really know our mind and only they judge it by standards we fully acknowledge. Theirs is the praise we really covet and the blame we really dread.

Jesus calls us friends. Don’t make this out to be some kind of sexless eros or some pathetic high school ensemble movie: