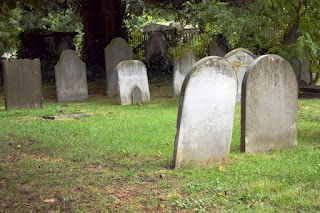 The Readings for Tuesday in the 7th Week of Easter:

What will happen to me there I do not know, except that in one city after another the Holy Spirit has been warning me that imprisonment and hardships await me. Yet I consider life of no importance to me, if only I may finish my course and the ministry that I received from the Lord Jesus, to bear witness to the Gospel of God’s grace.

Have you heard about “hypermiling”? These are folks who learn every possible trick to play with their car to get the most gas mileage possible. They go into neutral (or even turn off the car) when they go down a hill. They ride close behind large trucks on the highway so that they can take advantage of the lowered wind resistance. This was a huge thing in the early part of this century, but it requires a standard transmission and, even better, standard brakes and steering.  Every part of your car that is automated, they say, takes away control from you and prevents you from hacking it for better mileage.  For these folks, it is the mileage that is important rather than the travel. Longer trips are better for mileage, and the drive is important, sorta… but it’s the mileage that is the thing. What’s the data from the tank?

We are all aware that we are going to die. Each of us in varying degrees has this awareness. The degree is not one or presence vrs absence; rather some of us are able to say with more or less certainty, “I’m not going to die soon.” Yet all of us know death is out there somewhere. We may be more or less fatalistic about it: I will die when it comes, so until then I shall do everything I can. I have no control over when I shall day. Or there are those who try to take control and live forever. Jack at Twitter seems to be one of these, “lifehacking” everything from how often he sleeps to how little he eats in an obsessive drive, seemingly, to keep living life more. What could be wrong with that?

All of Silicon Valley Culture seems to be currently obsessed with this, to be honest. As a people, we’re hung up on data (rather than persons or individuals) and we need to see the highest possible return on the data… we seem rather to not care that there are people involved. We want to approach everything with a “scientific” outlook, by which we mean we don’t care about any subjective content, only quantifiable data that can be plotted (up and to the right, please). Jack’s attempt to plot life using data and hacking the code is only the same drive on a different level.

This is to be expected of a culture built largely by people who live in code. Trust me on this, we try even to hack religion. I’m quite used to us, even as I need to, daily, deprogram myself, to remind myself that my relationships with persons are not data-based. My conversation with you (even via the written word) is with someone created in the image and likeness of our Father, God.

What has either of these to do with St Paul?

St Paul’s awareness of his mortality is living, active, and present. He knows from day to day that he lives only at God’s pleasure. His desire is not to get every possible thing out of this life, but rather only to finish his course and to finish the ministry God has given to him. Those are the same thing: he’s going to die before God is through with him. God’s not going to “kill him” before he’s done with his work. The work and the life are coterminous. The surest sign that God is not through with him is that he is still breathing. If he were to focus on his life, qua life, instead of on the ministry, it would be like Adam and Eve grabbing for knowledge on their own terms instead of waiting for God to bestow it.

This is our primary choice in the world. I was going to add “in the world today” but the reality is that it has been our choice since the garden. Do we do what  God asks or do we grab things on own terms? Do we hack? Do we try to “get the most” out of things instead of holding them and thanking God for them and letting them go? The signs are probably different for each of us, but recent indications that I have been hacking things have included how I edit these posts for fear that someone might read them for “hate speech” and mess up “my life”. First off, it’s not mine. Secondly, if I’m speaking Truth then it’s not hate but I do have fear like that. I have fear, also, of bad medical news, so I don’t go to the doctor when I don’t want to know. Avoiding pain, avoiding fear: these are signs I’m trying to hack life.

Paul knows God wants him in Jerusalem – and Paul knows that his life is going to change drastically when he gets to Jerusalem. He replies only that he’s going to Jerusalem – although he sets things in order, telling the elders what to do when he leaves. He wants only to finish the race before him. Jerusalem is not the end of the race – in fact Paul will take preaching the Gospel to new levels: reaching even to Nero and his household. Nero’s not sane enough to hear truth, but his people are so over the insanity, that they are willing to hear about this new Kyrios who won’t ruin their souls.

Paul brings to close the quest for “more life” by realizing that as long as he does what God wants he will live as long as God needs him to – not one minute more. We cannot hypermile all the way through this life, holding on to control to get the most out it. Jack’s going to die just like the rest of us. So the question is not “How do I live more?” but rather “What would God have me do now?” If God has something new for me to do then it’s up to him to keep me alive. If God wants me to do or act or say – then it’s up to God to bring out of that “thought, word, or deed” whatever it is he needs. It’s only up to me to do the thing, to say the word. To lifehack and to be fearful are both strange forms of practical atheism.

With St Ignatius we say:

LORD Jesus Christ, take all my freedom, my memory, my understanding, and my will. All that I have and cherish Thou hast given me. I surrender it all to be guided by Thy will. Thy grace and Thy love are wealth enough for me. Give me these Lord Jesus and I ask for nothing more. Amen.

Even when death comes, that is time only to meet God. We are so fearful of that prospect, that this other prayer seems pure insanity:

O Lord my God, I now, from this moment do I accept from Thy hands, with burning love and sincere contrition, with a calm and willing disposition, whatsoever death Thou shalt choose to send me, with its pains and griefs. Amen.

This is why St Paul says to take all things and make Eucharist (Thanksgiving) with them: as long as we’re not grabbing for more, then each thing that comes our way is what God would have for us at that time. We turn it to heaven and ask that we may make of it the best use God would have us make for his plan.