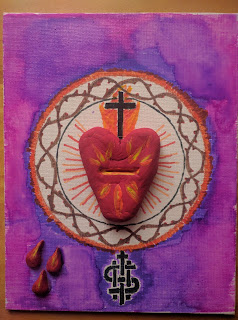 What man among you having a hundred sheep and losing one of them would not leave the ninety-nine in the desert and go after the lost one until he finds it?

Would anyone go? The ROI is really wrong. Data sets say that one sheep is not part of the majority and irrelevant. Polling shows the other sheep don’t like it. It’s just a lump of cells. If you wait overnight it’ll not be something to carry on your shoulders, it’ll just be carrion. Stand here and chat a bit, it’ll solve the problem.

We get so hung up on “social justice” that we forget the person. (A collection of Anecdotes is NOT DATA.)

God loves us collectively only because he loves us each individually.

None of this is a political manifesto.

Christianity is not a political manifesto.

It’s a command to love.

That person. Right There.

Every job I’ve ever had has brought me into contact with thousands upon thousands of people. What would it have been like if I could love each and every one of them for the moments they were with me? What would have changed?

Love is not directed to abstract lumps of cells mobbing endlessly around the globe. Love is between me and the next person I see.

What does that change?

The heart of God is beating in them. In me.

What does that change?

Science is not the answer. Love is.