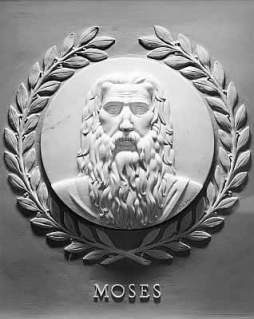 The Readings for Tuesday in the 17th week, Tempus per Annum (C1):

Loquebatur autem Dominus ad Moysen facie ad faciem, sicut solet loqui homo ad amicum suum.
The LORD used to speak to Moses face to face, as one man speaks to his friend.
The Hebrew word used for face in “face to face” is פָנִים panim a plural form. The word is first used in the Scriptures in Genesis 1:2 as the Spirit of God moves over the face of the waters. God and Moses speak in this hovering intimacy, face to face. It is an image that leaves one breathless. Does it not move you to desire the same? To exchange breath with the creator of all life, with the source of all breath! How can this be? How can one know God face to face?
There are hints later in the scriptures when God pours his Spirit out on the elders of Israel and Moses says he wishes it could be given to everyone in Israel. In the Prophets, Joel promises the Spirit of God will be poured out on all flesh.
In the Sacraments, the Holy Spirit is given in Baptism and sealed in the holy oil at Confirmation or Chrismation.
And in the Holy Eucharist this same Spirit, invoked upon the bread and wine, is communicated to us in the Body and Blood of God the Son, for one member of the Trinity is not present without the others. And we receive all of the Trinity when we partake of the bread and the wine.
Bishop Barron says that “adore” comes from the Latin meaning “mouth to mouth” or “face to face”.  The actual etymology is not quite so intimate as it means only “from the mouth”, coming from the Latin meaning “to speak”.  If there was such a thing as Proto Indo European, then: from PIE root *or- “to pronounce a ritual formula” (source also of Sanskrit aryanti “they praise,” Homeric Greek are, Attic ara “prayer,” Hittite ariya- “to ask the oracle,” aruwai- “to revere, worship”) source. There’s not another mouth involved, in the word, but the one mouth, the one face, must speak to another.
And so when we approach the Eucharist in Adoration – and it needn’t be “exposed” for the Mystery is no less present in the monstrance on a Latin altar, than in the Tabernacle, behind a veil or an Iconostasis, or at Communion in the Liturgy. Under glass, in brass, or at Mass, it’s all God. And we can all address him face to face, as one does to his friend.
The Spirit of God hovers, waits for you to turn to him and open to receive. Come.  Taste and see.