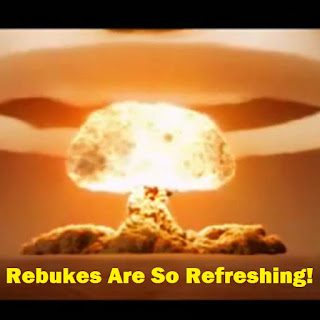 Si autem peccaverit in te frater tuus, vade, et corripe eum inter te, et ipsum solum: si te audierit, lucratus eris fratrem tuum.
If your brother sins against you, go and tell him his fault between you and him alone. If he listens to you, you have won over your brother.
Matthew 18:15

Am I my brother’s keeper? YHVH says, Yes, indeedy. Who let you go and run amuck? How far away did you get before someone called you back? Paul says, though, Love is the fulfilment of the law. The Incarnate Logos tells us how this is all true.

The Latin peccaverit translates the Greek, ἁμαρτάνω hamartanó: It’s a verb. It means “missing the mark” although the Latin runs directly to “sin”.  Missing the mark is the phrase used for sin in all the New Testament. What is the mark? Meaning of course, also, how do we miss it? In a culture that fails to imagine “sin” as a real thing, we all recognize “missing the mark” although increasingly things like “participation awards” seem to even erase that idea.
Jesus seems to deny the possibility of a participation award, however: he is very clear that someone can miss your mark; or that I can “sin against you”, I can miss the mark you’ve set.
Additionally, Jesus doesn’t say you should ignore this. The advice is not “if anyone sins against you do not judge or do anything that will make them feel uncomfortable. Quite the opposite in fact: if someone misses your mark, go talk to them!
At work, among our cultural values we list candor. We ask for candid feedback at every turn. Our CEO once explained the process as “has someone made you angry, go talk to them.”  And then he asked of the gathered staff that we should raise our hands if we would welcome that sort of feedback.  Everyone in the room raised their hands.
Can you imagine that at your parish?

Jesus wants that to be normal. I have sinned against you: you come talk to me. Failing that, you get a buddy to come along. Should that also fail, bring the whole parish.

The whole process is set up to lucratus eris fratrem tuum, to “gain your brother”; to restore to unity him who has walked away in sinning.  While you’re to be about your business of forgiveness, that does not mean nothing bad has happened: they’ve walked away from communion with the Church.

Sin does that, it shatters communion. But to acknowledge the Communion is broken is not a sin. In fact to pretend it’s not broken, to go on as if nothing is wrong, only confirms someone in their shattered state. Who let you go so far away that you didn’t even want to bother coming back?

Jesus wants us to (first, quietly) gently tell someone they’ve broken communion, in love. Hiding the truth here is not love. It’s tolerance. It’s disinterested regard. It’s presenting a neutral affect. It’s cutting ourselves off from communion. Because if you really loved someone you would be holding them in communion and not letting them walk away. Not telling the truth here, damning them, is the same thing as hate. That person that let you walk away without even a word of condemnation? That was hate, pure and simple.

The wicked shall die for his guilt, but God will hold you responsible for his death.