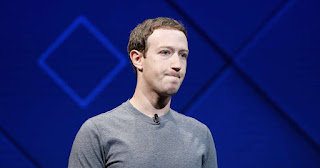 The Readings for Thursday in the 4th Week of Easter (B2)

This is the thing that always drives people crazy: the God of the Bible does not work in vague abstractions but in solid particularities.

Our lives are rather the same: being very devoid of abstractions and filled with particularities. This makes sense for we are made in God’s image. But what child, if asked, would ever say, “I’m a toddler”? Would she not rather say,  “I’m two and three quarter years old!” Only with vanity does culture teach us how to say “Twenty Nine Again…” We confuse data points with reality, forgetting that data is made up on anecdotes and anecdotes are people. Lives. Human lives of particularities.

Christianity: the doctrine that an infinite, omniscient, and omnipotent person created a universe literally billions of light years across, filled with a near infinity of galaxies, stars, planets, and even, maybe, beings all to have a deeply personal and intimate relationship with you.

You, my dear reader, are not a data point.

I watch my “hit meter”.  I don’t know much about my blogger stats, but I do know that when I use the Arabic word for the Greek ascesis or the Slavonic, podvig; when I use the Arabic word I can get a few extra hundred hits. I don’t know who they are, they are all Data Points. But my average is about 40-50 hits per post. Hits. Clicks. Views. Actually: People, right? Abstractions are cool and all, but each view is actually a pair of eyes with one brain behind them. There is one person, one image of God reading my blog.

If you clicked through to this post from Facebook or Twitter it was because some Media Data put my post in front of your eyes. And you clicked: making a data point in someone’s dossier on you. And me. This is not a privacy rant: I don’t care. I have to use social media to evangelize just as St Paul did. But I’m never writing for abstractions: only for persons.

God has created you, Dear Reader, for a purpose, a mission. God has given you a specific set of experiences, of challenges, of gifts, of weaknesses, to be of particular use in a certain way at a certain time. You are not a random accident waiting to happen. You are a particularity, a scandal of particularity, whom God loves deeply and personally.

A challenge: as God raised up one man of one house of one tribe of one people, can you move through the world focused instead of diffused, looking at instead of “seeing”, connecting with persons instead of “being present”? Can you be one person talking to one person, not points in a continuum?