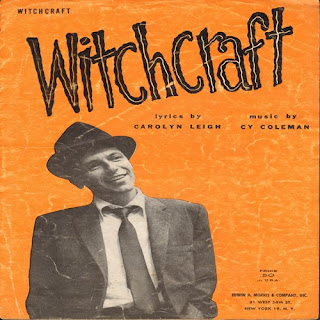 The Readings for Monday, 2nd Week of Ordinary Time (B2):

Quoniam quasi peccatum ariolandi est, repugnare: et quasi scelus idololatriæ, nolle acquiescere. Because it is like the sin of witchcraft, to rebel: and like the crime of idolatry, to refuse to obey.

Samuel goes to Saul to say look, you have sinned in disobeying God, and Saul’s reply is very telling: his men took sheep “to offer sacrifice to the Lord their God” which must be good, right? (Now a sacrifice would be a feast for a family, so, yes, “to the Lord” but also “for all of us…”) They were not, you know, really disobedient. They were doing something good.

But Samuel says, no, that’s not the case. Doing what you are told is good. Disobedience is always bad. How bad? Samuel compares it to Witchcraft and to Idolatry.

We might hear at this point about the “Primacy of Conscience” whereby even an “erring conscience is binding”.  And so we must follow our conscience.

But Aquinas says “if erring reason [that is, the conscience – DHR] tell a man that he should go to another man’s wife, the will that abides by that erring reason is evil; since this error arises from ignorance of the Divine Law, which he is bound to know.” (Summa II.i.19.6) The Catholic teaching is not that the Conscience will always lead us right, but rather that a Conscience, properly formed by the Church into conformity with the Law of God will always lead us right.

As Catholics, we must submit to the teaching of the Church even if our erring conscience would lead us elsewhere. We reform the conscience. We do so for the inculcation of virtue, whereby the knowing and doing of the Good becomes effortless.

Saul was given a clear command of God to kill all the Amalekites and destroy all their wealth. But he ignored that and – doing what any good war leader would do – he allowed for there to be plunder. But God has had it out for the Amalekites since they tried to thwart the Exodus and no one has listened to the command to do them in entirely. Saul fails in this test as well.

Sometimes God commands things that are hard. That’s the way things go. But it is impossible for God to command what is untrue, unjust, or evil, for God is goodness, truth and justice in his person. We cannot fail in love, in truth, justice, or goodness by following God’s commands. It is better to follow these commands than to make up stuff on our own. Aquinas, again, “The eternal law cannot err, but human reason can. Consequently the will that abides by human reason, is not always right, nor is it always in accord with the eternal law.”

Jesus walks us down this path as well, with an interesting saying about sewing and vintnering.

Nemo assumentum panni rudis assuit vestimento veteri: alioquin aufert supplementum novum a veteri, et major scissura fit.
No man seweth a piece of raw cloth to an old garment: otherwise the new piecing taketh away from the old, and there is made a greater rent.

Jesus is clear: our old things will tear apart from the patch, our wineskins will burst spoiling both the wineskins and the wine.

Samuel is clear, too: you have rejected God, God has rejected you as king. A king served as priest and teacher for his people. Saul is not fit for either – nor as war leader – because he has decided, when it comes to God’s commands, there might be times when he knows better.

When our conscience wants us to go against God, it is our job to reform the conscience. Not to make an idol of our will, nor to say, with Luther, “Hier stehe ich. Ich kann nicht anders. Gott helfe mir.” (God help me be standing here against God?) Rather we are to say, with David,

I have longed for thy salvation, O Lord; and thy law is my meditation.
My soul shall live and shall praise thee: and thy judgments shall help me.
I have gone astray like a sheep that is lost: seek thy servant, because I have not forgotten thy commandments.

That’s how not to be a witch.