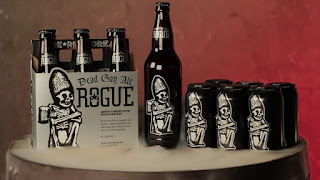 The Readings for the Memorial of Saint Kateri Tekakwitha, Virgin.Saturday in the 14th Week of Ordinary Time (B2)

Nonne duo passeres asse veneunt? et unus ex illis non cadet super terram sine Patre vestro. Vestri autem capilli capitis omnes numerati sunt. Nolite ergo timere : multis passeribus meliores estis vos.
Are not two sparrows sold for a penny? And not one of them will fall to the ground without your Father’s will. But even the hairs of your head are all numbered. Fear not, therefore; you are of more value than many sparrows.
This became a most-beloved passage when Fr Yakov mentioned that the sparrows in question are being sold as “Street Meat”: grilled on skewers and offered as snacks. If this were modern day New York, Jesus might be saying, “You’re worth more than many hot dogs.” If this were San Francisco, he might say tacos or pupusas. The parallel would hold because Jesus was talking to poor folks who would eat Street Meat. To reach today’s hip crowds in SF, he might have to say “IPAs” or maybe Vape Hits.
The “sparrows” bit is intended as some sort of comfort offered for the rest of the pericope, though. Jesus is saying, “They hate me… and you’re neither sinless nor God in the flesh. So they are really going to not like you one bit.” This follows on the texts from yesterday and the day before about how troublesome it’s going to be to preach. Rely fully on God – not on your money belt, not on your social connections, not on your religious connections! God may or may not rescue you from the folks howling at your feet, but God will save you.
On the one hand, stop acting (or not) in fear: What does it profit a man to gain the whole world and yet forfeit his soul? On the other hand, don’t be a hypocrite: if you don’t believe that God’s got this, how can you preach this Gospel at all? If you find yourself making decisions based on fear (as I do) then you need to reevaluate your position: Why would the Evil One take any action against you since you’re so willing take action against yourself? You’re doing his work for him! And if you’re telling others to trust in God when he is not the source of your strength and satisfaction, how long will you keep setting yourself up for failure?
What are you afraid of? His eye is on the sparrow (or the IPA) so he must be watching you as well. It is in order to prevent us from falling into this repudiation that he reminds us of our values before God.
These passages were first spoken to the Apostles as they were sent out on their mission. And they apply to us now. We are the ones who are to confess him before others. How do we do this? The Greek text makes it clear. To “confess” or (to “acknowledge”, says the milder NABRE) is homologeo, literally to “say the same”.  But another way to read that is to note that it’s using the root “logos”: to be of the same Logos as Christ. To be in the mind of Christ. This is why the Spirit tells us what to say – for we share one mind with Christ.
We must speak with Christ’s words before others. That’s hard, right? To heal, to forgive, to bless and not curse. It’s so much easier to triumph, to lord over, to gloat. If we fail to say the same as Jesus before others, if we repudiate him by our words or our actions, he will do the same to us.
Then we’ll be worth bupkiss.
___
Please consider supporting my my writing via my Patreon.