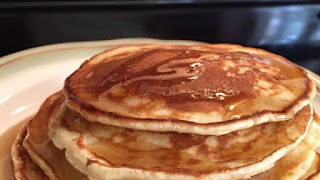 The Readings for Tuesday, 3rd Week of Ordinary Time (B2):

My Freshman year in College, I won a preaching award with this Gospel. In fact, it was an annual award, open to all students. I was the first freshman to win it. Behold the oddities of Protestant preaching: when a preacher makes a good delivery, and can back up his preaching with decently researched Bible quotes, it is his interpretation that matters. Even though everyone on the committee disagreed with me, I still won. In giving me the $250, the college chaplain acknowledged that he disagreed with me, but that I had given a well-written, passionate, and well-delivered sermon.

I was so wrong in my sermon. 34 years later I think with horror of my poking at the non-sacramental evangelicals who filled the halls of The King’s College. But a well-written, passionate, and well-delivered sermon is all anyone really wants on a Sunday afternoon in that world: and maybe some good music. If we all go home and talk about the sermon – even how much we disagreed with the content – but can come up with our own well-written, passionate, and well-delivered sermon for later, maybe one of us will get to be a guest preacher one day.

Still, I was horribly wrong in my sermon. It started out well: in this Gospel Jesus seems to dis his own family of birth in favor of a family of choice. I went horribly wrong after that, but in the opening line of the sermon I was right:

St Bede says, Being asked therefore by a message to go out, He declines, not as though He refused the dutiful service of His mother, but to shew that He owes more to His Father’s mysteries than to His mother’s feelings. Nor does He rudely despise His brothers, but, preferring His spiritual work to fleshly relationship, He teaches us that religion is the bond of the heart rather than that of the body. Wherefore it goes on, “And looking round about on them which sat about Him, He said, Behold My mother and My brethren.” And St John Chrysostom adds, By this, the Lord shews that we should honour those who are relations by faith rather than those who are relations by blood. A man indeed is made the mother of Jesus by preaching Him; for He, as it were, brings forth the Lord, when he pours Him into the heart of his hearers. (Both of these are cited by St Thomas Aquinas in his Catena Aurea.)

This is our family: we are initiated into this family by having one great King and High Priest who is our Father in the Faith,  Jesu, Pater Futuri Saeculi, Jesus Father of the Future World, as the Litany of the Holy Name puts it, and Pater Pauperum, Father of the Poor, for we are the poor in spirit, and poor in the eyes of the world for our seemingly stupidity of Faith. We are grafted in to the family of God prefigured by King David, who, bringing the Ark of God to rest in Jerusalem, feasted all of Israel as one would feast one’s own family.

He blessed the people in the name of the Lord of hosts. And he distributed to all the multitude of Israel both men and women, to every one, a cake of bread, and a piece of roasted beef, and fine flour fried with oil: and all the people departed every one to his house.

(Regardless of what the NABRE says, similam frixam oleo does not mean raisin cakes but fried in oil… David was giving out… well, the Hebrew is חַלָּה, challah: bread used for the sacrifices. The Greek says, “Cake Bread”. The Latin however, says “flour fried in oil” which an only mean pancakes and that’s my story and I’m sticking to it.)

Why is the King blessing folks? Because David is a Priest-King, the father of his people, treating all of his nation as his family, as his children. This is why, in older style, a King is called “Sire”. Not because it’s a pompous pronunciation of “sir” but because he is the Father of his People. David is the Anointed Messiah, the prefigurement of the Christ.

Jesus is our Sire, in the spiritual sense, in the only sense that really matters, uniting all peoples into one. The entire church is a family, into which we must draw all people for outside the Church there is not our family, at least yet.

Today I am mindful Family of St Dominic into which I find myself grafted: the living Dominican Tradition present in my parish, the Dominican Friars that run it, the Dominican sisters that teach there, the Dominican cloistered nuns that serve as spiritual advisors, the Dominican Tertiaries which I am petitioning to join, the Dominican priestly fraternity that I cannot escape even when I go to another parish for Mass, together with all the Dominicans I’m coming to know online and off… this is a huge family, and a blessed one. These are my family in a real and present way. I daily find myself uplifted by their prayers and by the prayers of so many Dominican saints and blesseds!

This clan though, growing through time and space, is only one branch of the vine of Christ: through centuries  and all the globe, in heaven, purgatory and on the earth. The one great family of man united in Christ, the God-man, and through him united to the Holy Trinity in one great fellowship of love.

These are my mothers, brothers, and fathers.