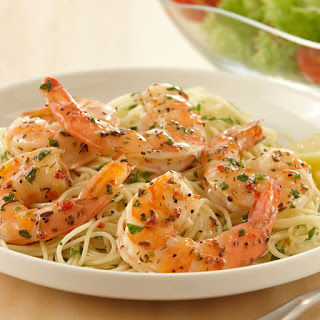 The Readings for Wednesday in the 3rd Week of Lent (B2)

It’s Lent, so I’m thinking about food. If Jesus is not destroying the law, why are we not keeping Kosher? This is a good question. It begs others – like Kosher according to whom? or what time period? Even in settled days the definitions of kosher were evolving.  Jesus would have been able to drink a milkshake with his burgers.

It is a commonplace, sadly, to say that Jesus ended the Jewish law, aka the Covenant of Moses.  Jesus himself says he did not come to destroy, but to fulfill the law and, if you think we’re freed from the law, read down a few verses where he says “You’ve been taught do not kill – but I say don’t even get angry. You’ve been taught, don’t commit sexual sin, but I say don’t even imagine it.” Jesus doesn’t have easy rules to replace the old ones. His rules are, actually, harder. Today’s reading stops short of the threat, Dico enim vobis, quia nisi abundaverit justitia vestra plus quam scribarum, et pharisaeorum…Unless your justice abound more than that of the scribes and Pharisees you’re not getting into heaven.

Yes, Jesus takes away our sins, but that doesn’t mean we should keep on sinning.  So, you may ask, why do we eat shrimp scampi in Lent?

The best way to phrase that question – in order to come to a good answer – is by whose authority to do we eat Shrimp Scampi in Lent?

In Acts 15:28-29 we find the authority. The Apostles meet as the Church and come to a decision. They are discussing what part of the Law should apply to Gentiles who want to follow Christ:

For it hath seemed good to the Holy Ghost and to us, to lay no further burden upon you than these necessary things: That you abstain from things sacrificed to idols, and from blood, and from things strangled, and from fornication; from which things keeping yourselves, you shall do well.

It seemed good to God and to us… The Holy Spirit guides the Church, or so Catholics believe. You can, if you wish, decide otherwise. But to do so is to embark on a long and tortuous road. You can find folks who say God told them to ordain women, the Church says no; God told them XYZ used to be wrong, but now it’s right, the Church says no. You can find folks who say any number of things contrary to the Church. Some even say we should still avoid work on Friday night and Saturday and still keep a kosher house. They fail to realize that Jesus would have been able to eat Cheeseburgers. Shrimp Scampi is right out, though. To that the Church says no.

So, by whose authority do we eat Shrimp Scampi? If you are Catholic, yes you follow the Church, but the Church has it on God’s own authority.

You you feel otherwise you make other choices.