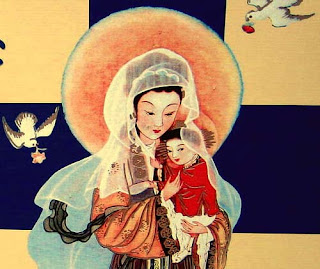 The Readings for 3rd Sunday of Ordinary Time (B2):

Præterit enim figura hujus mundi.
The fashion of this world passeth away.

You wanna know, right? Cuz it’s been 2,000 years. When is this all going to end. Which part of this is passing away? Jesus said, “Quoniam impletum est tempus, et appropinquavit regnum Dei: pœnitemini, et credite Evangelio.” The time is accomplished, and the kingdom of God is at hand. What is accomplished? Apart from the names of the idols invoked, what has changed at all between Caligula Caesar and Donald Trump? 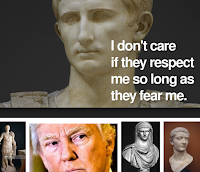 As St Paul says elsewhere, “we wrestle not with flesh and blood”. Nothing has changed in 2000 years because we are still sinners living here. So then what has changed, what has ended?

The clue comes in the odd list of things to do (or not do) that St Paul gives us. And it ends with that final note on using the world.

I use a website called Kata Biblon, which means “according to the book”, not in fundamentalist sort of way though. Kata is the way the Gospels are described: Kata Loykan, According to Luke, etc. Kata Biblion, we tell this story “by the book”. Are we playing this game Kata Hoyle? Will this meeting be Kata Robert’s Rules? So I was interested to see that we are to use (chromenoi in Greek) the world but not katachrōmenoi according to use. What a wonderful word play the Apostle has here! Use the world not according to its use! I am reminded of Lao Tzu’s counsel that we do-not-doing or act-non-action, Wei Wu Wei.

It is possible to read “let those with wives live as though they had none” as some sort of sex-hating near-gnosticness. But that’s a heresy, so it’s not what is there.

What is here is Paul calling to the readers’ mind all the ways the world looks at stuff like wives, rejoicing, weeping, owning things,  etc… and says “do it but don’t do this like the world does it. Don’t use the world the way the world does. For the ways of the world are passing away.”

The Christian faith makes a very bold claim: that God became man. Which is to say, as I have elsewhere written, see that terrible two toddler over there, running around, squatting, and taking a dump on the ground as his parents watch in bemused embarrassment? That is God. And God passed though this world not lightly, not unbruised, but, in fact, killed by it. And Rose from the Dead. God hacked the code. God got behind the user interface and changed the entire purpose of the operating system from the code up.

For your faithful people, Lord, life is not ended, only changed.

The way of this world is passing away because now pain is salvation happening. Joy is salvation happening. Suffering is salvation happening. We weep not because the world hurts us, but for our sins. We rejoice but for our life in the Kingdom which is now. Here. We should not use our wives in the way of the world – as property, as Roman entitlements, or today as pornstars and sex objects – but as coheirs in Christ and as the  person to whom we sacrifice our very selves as a mark of our faith. Our jobs become mission, our hospitality is evangelism, our walk down the street a prayer broadening Jesus’ action: incorporating all of the world into the Kingdom. We should not use anyone or anything (even our cellphones) in the way of the world. The things of this world whilst sad, should no longer make us weep or rejoice. We’re not subject to the world any longer.

God has come in and, while the map is the same, the goal has moved. Jesus says, come, I will make you fishers of men. Same skills, same job, different outcome.

The whole world is now changed by faith in like manner. We are in it, but not of it. Use not according to use.